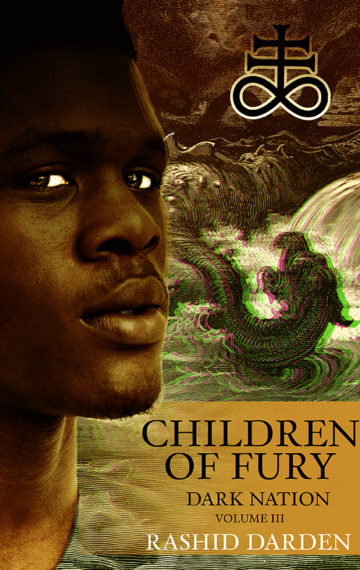 For the children of Pomegranate Place, there is little difference between ordinary terror and extraordinary terror.  Family members become sexual predators. Young mothers disappear into thin air. Stray bullets claim the lives of toddlers, while aimed bullets claim the street’s soldiers and the names of the victims are forgotten to time. Monsters have taken hold of this struggling neighborhood and no one is coming to the rescue.

A mysterious teacher, Kyren Towers, has come out of hiding to fulfill his timeless mission: train an army that will fight the dark forces lurking beneath Washington’s streets.

An unlikely general, Delonté Oakes, is seduced by his teacher’s promise of power, his gold-flecked eyes, and his devilish grin.

Young men and women, ignored by the world and touched by unspeakable horror, will be transformed in preparation for a battle against primordial evil.

Delonté. Eazy. Tayvon. Stephanie. Zala.  You will know their names.

The Dark Nation has given birth to
Children of Fury.