Me and a close friend always joke about her ability to attract perps. A perp is a man or woman who is actively pretending to be an initiate of a fraternity or sorority (or any membership organization). Perp is short for “perpetrating a fraud.” She and I both have interacted with perps on message boards, social media, and online dating apps. We laugh at the absurdity. Neither of us can understand why someone would be so desperate to be seen as one of us that they would actually lie to belong.

Amazingly, the lies are always about verifiable facts. Every organization has a database or directory. Although there might be some inaccuracies in a directory, like a missing married name or misspelled first name, they are not the sort of tech glitches that would cause a whole initiate to disappear from the rolls.

In my experience, people usually perp for two reasons: for romantic prospects and for social capital. Men who perp very often want to gain the attention of the opposite sex and believe that by embodying the stereotype of the org they are representing, they will attract the woman they want. Women who perp seem to do it more for a sense of belonging; to fulfill some sort of need to be important in the eyes of the public as well as among a group of close friends. This sense of belonging seems to translate to entrée into circles which the perp thinks they wouldn’t ordinarily have access.

These are generalizations based on my experiences–I am not a psychologist. But I have been impacted by perps. A very long time ago (actually beginning in my senior year in college), I befriended a young woman on BlackPlanet who said she was a Delta. We were online friends for years. Because I’m gay, there was obviously no romantic intent, and because social media was in its infancy, there was no strong desire to meet in person. Meeting people off the internet was still somewhat taboo. So much so that later, my prophyte nicknamed me “Notorious K.I.B.” When he learned that many of my Greek friends were men and women I’d met on the internet, he called me a Kinky Internet Bastard. The name stuck.

To make a long story short, I began comparing notes with other friends who interacted with this so-called Delta and we realized we were all being played. The perp was also a catfish, so we never knew who the hell we were talking to all those years.

I am going to separate the catfish aspects of the story and leave only the perp traits. Both sets of behaviors overlap, and probably for the same reasons and pathologies. But since perping is still what’s hot in the streets, even in 2019, why don’t I lay out the rules of perping? I mean, if you’re going to live the lie, live the best lie possible. Perpsamirite?

Claim to be from another region. Although the internet has made the world smaller, chances are slim that members will know initiates from small colleges a thousand miles away.

Always perp a PWI. The culture of Black Greekdom favors the HBCU cultural experience, even though the Divine Nine experience began at a PWI, or Predominately White Institution. So in pretending to be from a chapter at a white school, your odds of meeting someone from that chapter are small, and the interest from the general membership in that chapter will be even smaller.

Never perp a single-letter chapter. Single letter chapters, whether from white or black schools, are high interest and people will ask too many questions that you can’t answer accurately.

Claim to have crossed long enough ago to be considered an old-head. Deference keeps perps alive for decades. It prevents many younger members from ever questioning the credentials of someone they are automatically supposed to respect for their years in the organization.

Always claim an undergraduate chapter. In doing so, no one will question why you’re not active. So few collegians transfer to alumni/graduate chapters that you will just seem normal to them. Besides, even alumni- or graduate-made members have an implicit deference to those made in undergrad chapters.

Google, Google, Google. Most fraternity and sorority secrets are hiding in plain sight. Learn how to perform advanced searches to find any ritualistic secret your heart desires.

Gain the trust of opposite-gender Greeks. Even if you are busted, they will fall on their sword to save your reputation. They only know you socially, and it’s social interactions that count.

Cling to a younger crowd. Younger Greeks are not used to the idea of perps. They are so sold out on the idea of age-based deference, that they will accept you and be grateful that an old-head has taken an interest in them. As a bonus, they might even give you secrets of the organization without thinking twice.

Be the life of the party. Greeks love picnics, happy hours, and get togethers. Roll deep with your circle to these events and show love. Most people are there to be seen, eat, drink, and find romantic partners, so they are not stuck on verifying credentials.

As a last resort, claim to be a renegade or ghost. This will give you the cachet of having participated in an underground process while shifting the blame on the members of the chapter who allegedly brought you in. Claim to have not known the paperwork wasn’t right until after you graduated, and by then, you were too ashamed to have the situation rectified.

Now obviously, I am not advocating that any non-member pretends to be a member of an organization. I want to underscore for Greeks how easy it has been to be duped by perps.

I could tell fraternity and sorority members to be more vigilant–and maybe we should be. But let’s lay the blame squarely at the feet of those who have committed the wrong: the perps themselves.

I know folks who say “If you lie, you’ll steal; and if you’ll steal, you’ll kill.” I might not believe that axiom literally, but I live a life of authenticity, even when it is inconvenient or uncomfortable. I think most of us probably do. That’s why the deception of perps is such a betrayal. You have lied about something we have in common in order to gain social and emotional proximity to me.

I’ve witnessed several exposures of perps, and I truly don’t believe any of them have really repaid the debt owed to the community. I believe in restorative practices. I really want those people who have lied to me and to the people I love to stand tall and say what they’ve done and how they felt when they did it. I also want to know how they felt after living this lie for so long.

Yes, Greeks, we must tighten up as well. Perps out here understand our culture very well. They have taken advantage of the growth of the internet as well as our traditions and practices. We weren’t ready–we didn’t know how to overlay our culture onto a burgeoning internet, and now we have perhaps more perps than ever weaseling their way into our lives.

Perhaps there is one solid antidote for deterring perps: being an active, card-carrying member of your own organization and insisting that those around you do the same. No card, no entry. No evidence of initiation, no participation.

And we must balance a zeal for activity with compassion for those members who are inactive for reasons we might not understand yet. It’s true–many of us have been emotionally burned out by our organizations and are not likely to return. They are still our brothers and sisters and should be re-engaged often. But we can’t isolate and alienate them for their choice.

I am, instead, speaking to those “frats” or “sorors” for whom you have never seen a financial card, or a membership certificate, or a picture in their all-white or black and white on their initiation day. Those “members” who have never registered for a convention but are quick to show up to the vendors and the parties.

Question those people. Find our their story. Uncover the evidence. Chances are good that your gut feeling about them may be right.

And for those of you reading this who are living your best lie: stop. Your social gains will be short-lived. You are actually hurting people. It’s not too late to own up to what you’ve done and to figure out how to make amends.

I never thought I’d have to be writing about this at my age and my years in Greekdom.

But here we are. 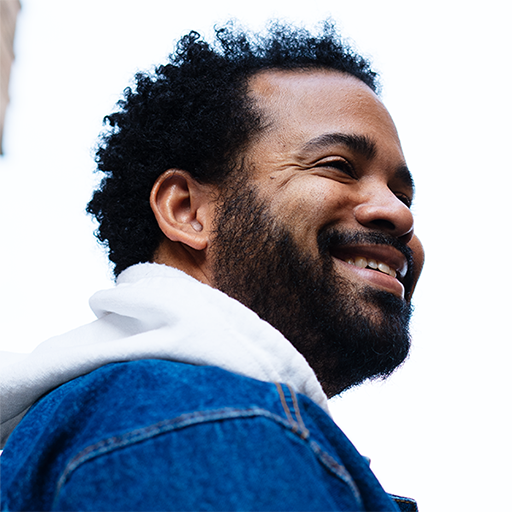 Rashid Darden is a writer, educator, and social critic. He is the author of four novels about African American fraternalism: Lazarus, Covenant, Epiphany, and Yours in the Bond. He is available for keynotes, workshops, and coaching.