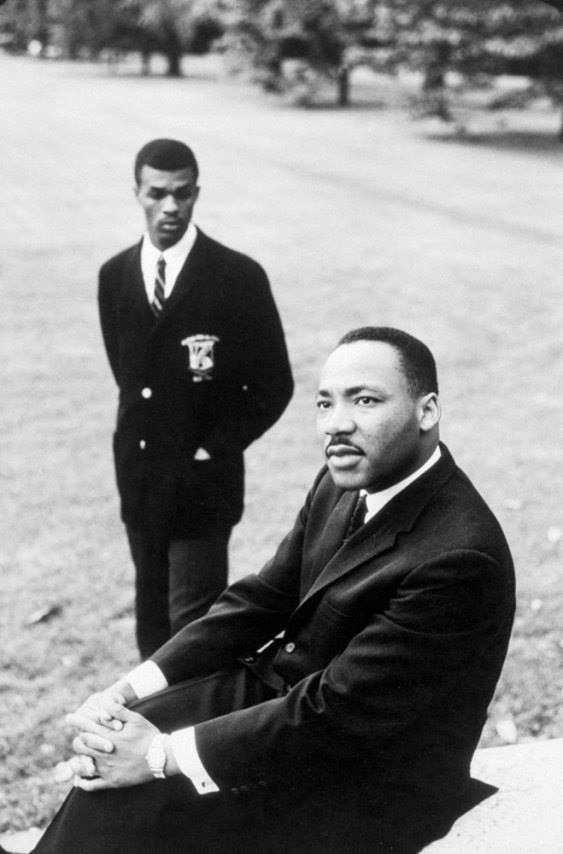 ” I don’t want normal, and easy, and simple. I want. . .I want painful, difficult, devastating, life-changing, extraordinary love. Don’t you want that, too?”  –Olivia Pope, Scandal

And so did the citizens of the District of Columbia want a love just as complicated.  A love that had to be explained to the rest of America; to the transplants and transients who arrived here with their carpetbags; and to the racists in Congress who–some to this day–don’t believe in the ability of Washingtonians to govern themselves.

This was our Brother Marion Barry (Beta Xi – LeMoyne-Owen College), who we loved complicatedly, unrelentingly, from the depths of our souls to the marble stairs of the District Building.

Much will be said about Brother Barry’s life of contradictions, from his personal troubles to his investments in the youth and the elderly; from his romantic commitments and liaisons to his uncensored language in council meetings.  Those wanting more depth on those topics may read many tributes sure to come.  Some will be the typical Democratic, tone deaf, “We were close friends” tributes rife with the illusion of proximity.  Others will be fair and balanced, scholarly pieces.

But today, I simply mourn him as my Brother and as a native Washingtonian.

When I was in the fifth grade, sometime during 1989 or 1990, I was somehow chosen to shadow Mr. Peter Parham, DC’s Director of Human Services and a member of Marion Barry’s cabinet.  Several of us were selected to go to his office, but before I knew it, I was spirited away from the other kids, who were shadowing office workers, and I found myself in a car with Mr. Parham, on my way to a cabinet meeting.

It all happened so fast.  Before I knew it, I was shaking hands with a bunch of cabinet members and ultimately, Marion Barry himself.  He was larger than life in personality, just as he seemed on television, yet someone accessible to me, like an uncle or neighbor.  Like many of my family, he had that southern twang in his voice, signifying that he, too, had migrated here from warmer places.  It was a great moment for me.

The major focus of this meeting was the drug trade.  Police representatives brought in all these products that the drug traffickers were using to smuggle drugs into the city:  soda cans, bottles of cleaning products, anything you can imagine. I remember, once I got home, feeling a deep sense of irony that the focus of the cabinet meeting was about drugs.  I cannot recall if my visit was before or after his arrest, but the suspicion of his drug use was rampant, even among fifth grade playground gossip.

That’s what life was like in DC in the 80s and 90s when you loved Mayor Marion Barry.  You knew, but you didn’t care.  You cared, but you didn’t know.  You loved him anyway, because he definitely loved you.  He was a civil rights leader who had assumed the next logical level of responsibility to the people.  So few did.  So few could.

But the damage of his addiction had been done.  Even though he returned to the Mayor’s office, and subsequently city council, people in my generation were tired of being the laughing stock of the nation.  We loved him, but it was hard to explain him.  We loved him, but we needed more.  We needed different.  We were tired of the complicated love, the dangerous love.  This love had transformed us, but it was time to let go.

Brother Marion Barry was still on the scene, though.  Just because I had emotionally let go of my attachment to the “Mayor for Life” doesn’t mean he had let go of me, DC, and the people who lived here.  He remained steadfast in his career as a politician, but also ensured that his own story was preserved and told.  Just this year, he published his autobiography.  A few years ago, he cooperated with the production of a documentary about his life.  (Links below.)

I am also personally proud that he was, for a period, affiliated with my chapter of initiation.  Mu Lambda Chapter of Alpha Phi Alpha in Washington, DC was always proud to include him as one of their most notable members.

And I am grateful that it was all of those things.

The Nine Lives of Marion Barry (Amazon Video on Demand)

Mayor for Life: The Incredible Story of Marion Barry, Jr.