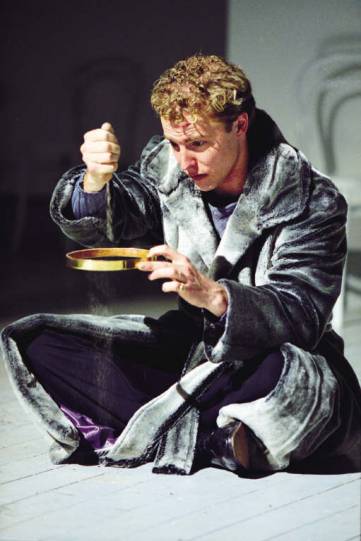 Last night, a character on Red Band Society (great new show on Fox) recited a line from Henry V. And it was cute or whatever, but it reminded me how I fell in love with Samuel West’s portrayal of Richard II when I went to England way back in 2000. Truth be told, I had to creatively gain credits in order to graduate on time, and Georgetown’s “Shakespeare: Text and Performance” course was a good way to earn six credits and two courses in four weeks. Plus, I’d get to see the UK. (Note:  It looks like they shortened the program.  That’s too bad.)

I believe we saw six (or seven?) plays all together, four of which were Shakespearean (Richard II, Henry IV parts one and two, and Romeo and Juliet), and then The Rivals and the the Mystery Cycles (religious vignettes) at York Minster.

(Typing those words makes me feel smarter than I really am.)

I am still friends with several folks I met on that trip and I really want to go back to the UK some day, for an extended period if I can. Reflecting on it, I felt both incredibly aware of my blackness in England yet also incredibly free. Certainly the British have racism and racists and privilege and all of that (and I would NEVER go back to York if I could help it), but I also felt like I was part of the diaspora in ways I do not feel here in the states.

I suppose in some ways when you are not home, and you’re black, you look for color everywhere. And England is indeed colorful.

Back to Richard II. The version we saw was at “The Other Place” which was the smallest of the three theaters making up the Royal Shakespeare Company’s properties. It was a “white box” with minimal scenery and gorgeous costumes designed by Sue Willmington.

I really wish there was a DVD of this performance. It was so good.

I am so grateful for the opportunity to have traveled overseas at an age where it mattered so much in my development into manhood and into writerhood. I look at this performance of Richard II and I can see now how much it informs the stories I tell, particularly that my protagonists are often not terribly sympathetic and are deeply flawed.

Just a little trip down memory lane.  Sometimes I am amazed at the things I was able to do before I learned how to worry.