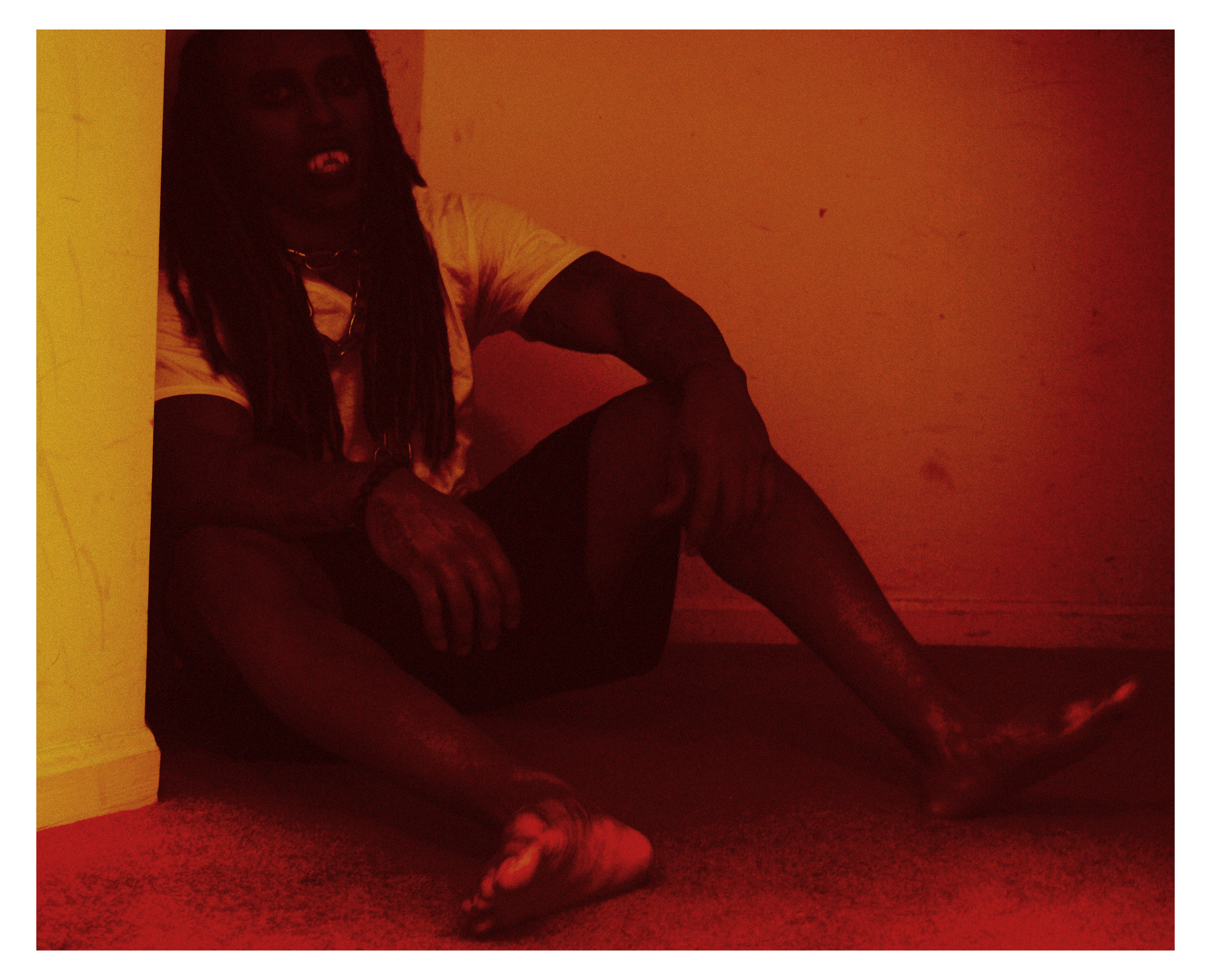 Micah Leung was in his fifth year as the Butcher’s faithful executive assistant.  He was faithful to his employer in every way, from grocery shopping for the household to making sure all the bills were paid on time.  The Butcher loved being tuned in to every possible news outlet to stay on top of the goings-on of the world, so the cable and internet needed to be operational at all times.

The windows had to be perfectly tinted—and that was on top of the heavy blackout curtains on the inside and the steel shutters on the outside, painted in such a way that they looked like old, painted wood.

He cooked, he cleaned, he ran errands, and he corralled the wretched of Goring-on-Thames whenever the Butcher got blood-thirsty.

But he was nobody’s butler.  He never forgot where he came from and the Butcher demanded that he was treated with all respect due, as both his deputy and as a scholar.

His phone vibrated as he entered the kitchen of Basildon Park to put away the groceries.

“Dr. Leung, this is Nigel Artinian from the Anubis Society.”

“Hello Nigel, how can I help you?”

“Nobody speaks to him.”

“No, you don’t understand.  I told you he doesn’t speak to anyone.  You speak to me or nobody.”

“It’s about the Jackal.”

Dr. Leung held his breath for a second.

“What about the Jackal?”

“Please, just let me speak to him directly.”

“Go turn your computer on and wait for our video call.”

Dr. Leung practically dropped the phone and all the groceries and rushed to the master control panel of the house.  He hit a few buttons and shortly thereafter a low, grinding metal sound filled the house.  The steel shutters were closing, preventing all light from entering.  He hit a few more buttons and a soft pop came from the hallway.  He ran around the corner and saw that a bookcase had jutted open, revealing a secret passageway to a cellar.

He turned on the lights and walked quickly down the curvy staircase.  It wasn’t one of those dusty, cobweb filled basements that one might expect for the undead.  It was more like a game room, but with a coffin at the far end.

Dr. Leung hurried to the coffin, knocked three times, and opened it.  The beautiful young man on the inside with the chiseled jaw and short brown hair didn’t stir.

“What?” he replied without opening his eyes.

“Nigel has called.  He wants to talk to you…about the Jackal.”

“Sir, the teleconference can be set up in five minutes.”

He opened the bottom part of the casket and climbed out with the good doctor’s assistance as a matter of courtesy.  He then straightened out his silk pajamas and slid on a pair of fuzzy brown slippers.

Dr. Leung raced up to the great hall of the house and turned on the 85-inch television which took up an entire wall of the room.  He had set up the absolute perfect entertainment center for the master of the house, with the wires for all the gaming systems and media players hidden from sight.  He took a wireless keyboard from underneath a coffee table and turned on the entire set up.  A soft blue glow filled the room as he dialed Nigel.  The sound of the ringing phone filled the great hall as the master of the house settled into his big leather sofa.

“Hello, sir.  Hello, Dr. Leung,” he said.  His face was devoid of all color, unusual even for a vampire.

“What do you want, Nigel?  You do realize that it’s daylight over here, right?”

“Now what’s this about the Jackal?”

Nigel shifted uncomfortably in his chair.

“We have released the Jackal from his imprisonment.”

“What!?” the Butcher screamed.

“Why in the devil would you do that?!”

“The Razadi my ass!  You had one responsibility and that was to care for the Jackal.”

“Sir, the release of the Jackal protects us all.”

“Bullshit!  Why would you do something so dangerous?!”

“I’m trying to tell you!  The Razadi ambushed us here.  In our home.  They killed half of us.  If I hadn’t been away for the evening, they would have killed me, too.”

“Mr. Artinian, isn’t it true that you kidnapped one of the Razadi and performed experiments on him?” Dr. Leung asked pointedly.

“Mr. Artinian, please be aware that I make it my business to know the business of every vampire on this planet.”

“Listen, you.  You are not one of us.  And you don’t know what it’s like over here with these daywalkers crawling all over the city.”

“Be that as it may, your sole responsibility was to care for the Jackal.  Please explain how releasing him has anything to do with the Razadi.”

“All you need to know is that my belief in the old ways will be the liberation of us all.  And if you have a problem with how the Anubis Society does things, then come see me.”

The Butcher sat in silence as the anger welled up inside him.

“Get my coat, Dr. Leung,” the Butcher asked.  Micah scurried to the hall closet and quickly returned with a floor-length, leather-looking coat.  Nigel’s face fell.

“Oh, you thought the coat was just a myth?” the Butcher laughed.  Dr. Leung smiled.  Nigel did nothing.

“You’ve been a vampire, what?  A couple hundred years?  Seen a few world wars, read a few scrolls, now you think you’re the authority on the ‘old ways.’  You don’t know shit about the old ways!  Motherfucker, I am the old ways!  I brought order to the chaos vampires lived in for millennia.  I organized the lodges.  I gave you the vampire law.  And this is how you repay me?”

“There’s always a choice.  And you have chosen unwisely.  You see this coat?  Look closely, Nigel.  Look very closely.  It’s not a cow’s hide that I wear.”

Horrified, Nigel reached forward and clicked off his camera.

The Butcher turned to the doctor with a frown and reached for his hand.  Gripping it tightly, but gently, he sighed.

“No,” the doctor said, snatching his hand away.

He walked back to the kitchen while the Butcher sat back down on the sofa.

“Anapa…I failed you…” he sighed.  He rubbed his temples.

“Are we flying into Baltimore or Dulles?” Dr. Leung asked when he returned with his laptop computer.

“Micah…the Jackal is beyond even your comprehension.  All this shit going on in America.  No.  You stay here and protect my home.”

“I’ve been by your side for five years.  I’ve run your empire.  Brought you into this century.  And I know all there is to know about vampires.”

“I know.  That’s why I found you.  I can’t just have the best young anthropologist in the world writing about vampire kind and making himself a target.  No.  You work for me.  Have unfettered access to my knowledge in exchange for your loyalty.”

“Micah…I can’t let you.  This story has already been written, my friend.  And I’m the only one who can change the ending.”

“The Razadi have to be stopped.  And I don’t care how many nightwalkers I have to skin to get to them.”

Make sure you are the first to know when Blood of a Dark Nation is released by signing up to this website’s updates and following Rashid Darden on social media!