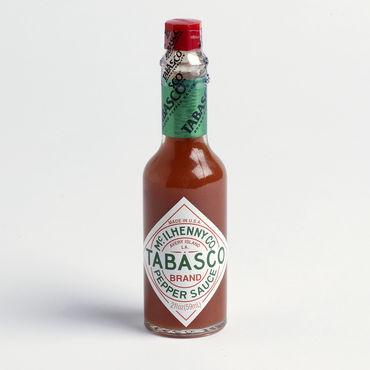 Last week, the Alphas at University of Tennessee were kicked off campus until 2016 for some pretty ill allegations.  Here are the receipts for those of you (like me) who like to understand how disciplinary investigations work.

To be honest, I don’t want to talk about what my brothers are accused of specifically.  When these stories get out, it becomes all-too-easy to play pile-on with not only the undergrads, but the entire generation.

OMG THEY NEED TO STOP ALL THIS HAZING

OMG THIS WHOLE GENERATION IS KILLING THE FRAT

OMG THEY MAKIN UP NEW SHIT NOW!  WE NEEEEEVER DID THAT

So here’s the thing…. I will be 35 years old on June 25.  I am not a young man.  The practice of putting hot sauce on your privates as a stage in the pledge process is not new.  I first heard about it as an undergraduate which was over 15 years ago now.  There is a name for the practice and there is a reason for the practice.  It’s not a mindless thing that somebody made up out of the blue.

It is, however, very reckless and unnecessary for the training of potential members into a fraternity.  So if you’re reading this and you’re doing this to your pledges, please stop.  And if you’re not, don’t start.

But again, this practice existed fifteen years ago.  It bothers me when older fraternity members don’t think critically about how culture works.  Just because you didn’t do it doesn’t mean it wasn’t going on.  “The Process” has never been one monolithic experience.  When it comes to unofficial, underground pledge processes, they vary from totally hands-off pledging experiences which are uplifting and educational, to cruel and meaningless hazing practices and probate show practice.

Most fall somewhere in the middle.

I believe that most undergraduates who participate in underground processes are well-meaning young men and women who yearn for a deep connection to…something.  Maybe it’s to the ancestors, or to ideals, or just to a legacy they can be part of.  We (collectively) hype fraternity and sorority membership to be a transformative experience.   And for decades, “The Process” was the catalyst for the transformation.

But as “The Process” changed and laws against hazing changed, the official intake processes had to change as well, forcing deeper underground the already illegal practices that chapters were engaging in.

Let’s be clear:  there has always been an “underground” even when pledging was “above-ground.”  Every chapter had its own traditions and practices.  Everyone wasn’t putting hot sauce on genitals, but some people were getting peanut butter perms while others were getting shot in the face with water guns.

And men and women endured because the benefits to joining a BGLO are real and tangible, and for many, it was worthwhile socially and professionally.

But that’s really outside my overall point, which is that undergrads are being vilified nationally because they are being caught engaging in practices which are often as old as the chapters themselves.  Something about that doesn’t sit right with me.

Maybe it’s because my brothers and sisters haven’t accepted that there is no singular underground process with a syllabus, objectives, standards, and reading list.

When you go underground, that is a local decision.  You do it because you want to be transformed.  When the mask comes off at the probate show, you want to have earned that new name.  I get that.

But I wish they didn’t feel that way.  And I wish the chapter members (and alumni) giving them the underground process didn’t feel as though they had to.  This is a generational curse that perhaps no amount of revamping of the official process can solve.

I do know that vilifying an entire generation of those who have chosen to be hazed won’t solve anything and won’t mend any rifts between the young and old.  It’s going to take a lot of compassion and listening to solve this complex problem.